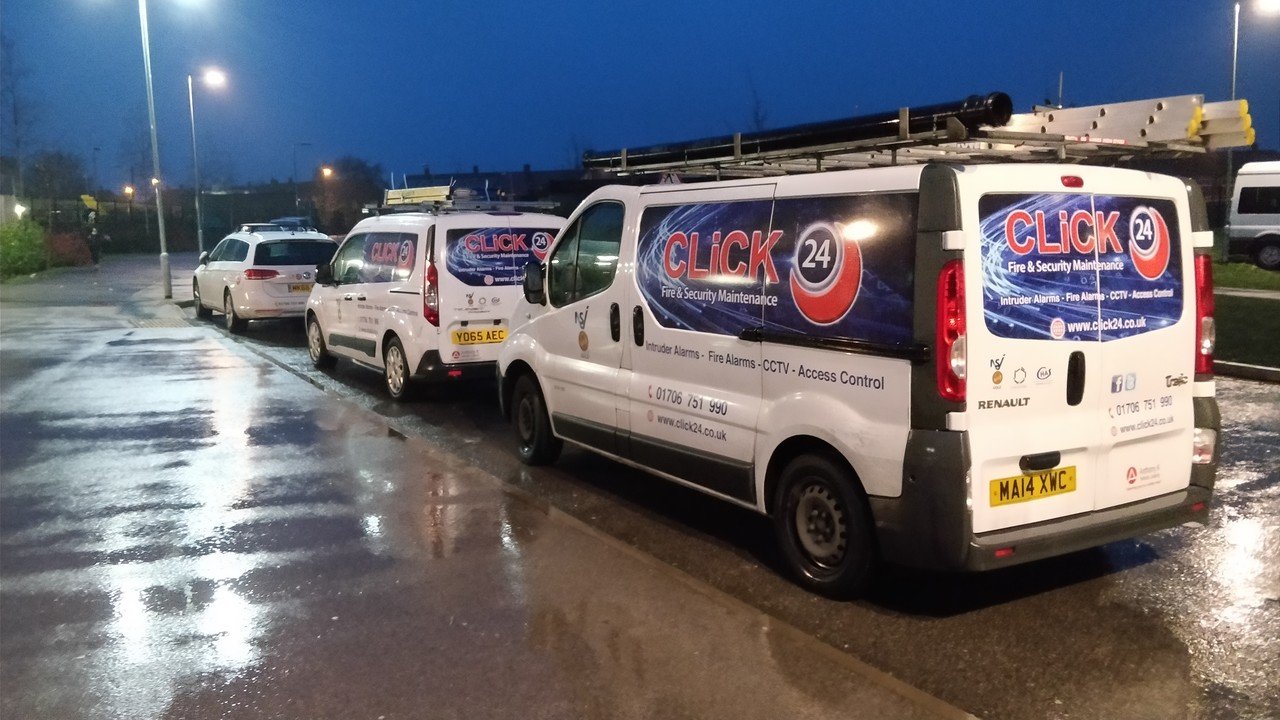 We have recently completed a major job at a premises in Salford. The Click 24 team have been extremely busy over the last five weeks trying to get the Fire Alarm System in full working order as soon as possible. When we first arrived to site, we were faced with a maintenance team who had lost control and were now dealing with 97 faults on the system.

When the company first came to us in December, we carried out a detailed survey which highlighted the main problems. We found that at some point previously, new buildings had been constructed using FP200, however, the original MICC cable still remained. We were able to see that whoever had been involved previously hadn’t done the job to the standard that we would expect if it was done by Click 24. The cabling issues meant that around thirty call points weren’t compatible with the fire alarm system on the premises.

After analysing the system and the issues that had occurred, we decided upon an agreement where we would have an engineer on site for a week to be able to check every section of the works which needed to be completed. At the end of the week we were then able to produce a full report and action plan to replace and removed all of the MICC cabling, change the call points and to fault find any further issues once this had been completed. From our analysis, we were able to establish that there were no faults with the control equipment and so we re-used all of the panels, control equipment and detection equipment.

Some of the works were seen to be quite challenging, with drilling having to be done out of hours as the building was been used throughout. However, we are really pleased with the performance of our team on site and the client reported back how impressed he was.

We left the premises with a system that was fault free and in full working order. The panels are now networked and we carried out a full test of the whole site.